Wondering how your data is being used by social media to target you? Here is a little insight…

More and more people are seeking compensation for a breach of personal data due to the blatant exposure of their names, email addresses and credit card details. That said, have people ever stopped to wonder how their personal data is being used to inform their decisions and actions?

From social media ads to fake news being touted by newspapers and social media, our exposure to the online world means bias is around every corner. The question is, how is our personal data being used to push these agendas?

In this article, we take a look at this question by exploring media bias, its effects, and an example of how this might be used in reality. Take a look…

What is Media Bias?

Wikipedia defines media bias as “the perceived bias of journalists and news producers within mass media in the selection of events and stories that are reported, and how they are covered.”

These days, this can also be stretched to include bias through social media ads, which push bias agendas that otherwise may not organically make it into the public eye.

However, it’s not just ads and journalists that encourage this bias; algorithms and new technologies are exacerbating the situation. This is because user activity encourages more of the same content to be pushed to each person. To add to this, more popular content makes it to more people, further pushing this algorithmic agenda, and creating a filter bubble of content

According to the Scientific American, “social media platforms expose users to a less diverse set of sources than do non-social media sites like Wikipedia.” In some cases, these sources are used to push fake news and misinformation.

What Are the Effects of Media Bias?

There are many potential impacts of media bias on the general population. Some of these may include:

Prior to social media, peoples’ views and opinions were shaped by friends and family. Now, people are influenced by the personal opinions of others online.

This has one major benefit in that it is opening peoples’ minds to various belief systems and experiences across the world. This therefore provides people with greater scope to forge opinions and views on the world that are better informed.

However, these online experiences are often one-sided, and don’t always show the whole story. Although people may be learning about peoples’ experiences worldwide, they may only be seeing one side of the story, thus creating bias in this sense. It’s therefore shaping peoples’ opinions on matters that may otherwise be different if the whole story was available.

Media outlets, whether that be news or social media, report news in a certain way. Whether this be due to personal bias or targeted data, it may be having an impact on consumer behaviour and opinions. 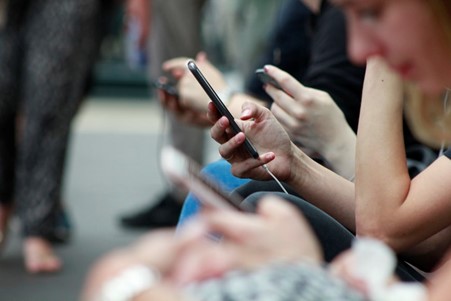 It’s feared that the use of social media is so powerful that it is programming users’ behaviours. Whether this be through targeted ads or algorithms that show more of what “they” want you to see, it’s worrying to think that everything we see is shaped by AI.

For example, many complained about the Instagram algorithm update, which made it so most posts would only be seen by a fraction of their followers; not ideal. According to The Lovely Escapist, this is because Instagram’s end goal is to monetise through encouraging influencers and small businesses to advertise instead of grow organically. Because of this, peoples’ behaviour as followers is being shaped by these ads.

The Dissemination of Fake News

With the above comes the dissemination of fake news, defined as “fabricated information that disseminate deceptive content, or grossly distort actual news reports, shared on social media platforms”. The US presidential election campaign in 2016 is one notable incident where this shaped views through distorted figures and false ideas.

News is one of the most influential carriers of propaganda, and has been since the dawn of print. So, tailoring it in an objective fashion is now more important than ever.

How is Your Data Collected by Social Media?

So, how does media bias work in action? Well, it’s all down to the data that is collected about you by social media. There are a number of ways your data may be collected and used, including:

Can we See Personal Data Being Used to Cause Political Bias?

Nature Communications’s study, using neutral bots to probe political bias on social media, demonstrated this in action. It showed that “early choices about which sources to follow impact the experiences of social media users”, a finding that is consistent with various other studies too.

However, beyond those initial actions, differences in user experiences and actions are based upon their “interactions with users and information mediated by the social media platform”.

Specifically, users following predominantly right-wing accounts are constantly exposed to Right-leaning, low credibility content. These groups even begin to post and spread Right-leaning content themselves. These loops of information may lead to social and cognitive biases and, therefore, radicalisation through misinformation. 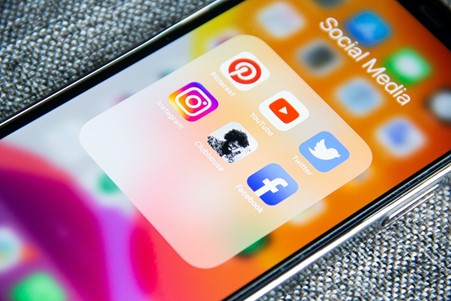 Think Your Data is Being Used to Push Media Bias?

As you can see, there is a strong link between your data and online habits, and the sort of content you’re exposed to. The more you engage with certain content, the more likely it is to appear on your newsfeed, and so the cycle continues.

This is causing a lot of people to see news and media that pushes a certain agenda. So, although social media has grown our exposure to certain messages and experiences, bias algorithms and news updates are only showing one side of the story.

What do you think – is social media and news using our data to push bias news? Leave your thoughts in the comments down below.